A blog by Howard Dembovsky 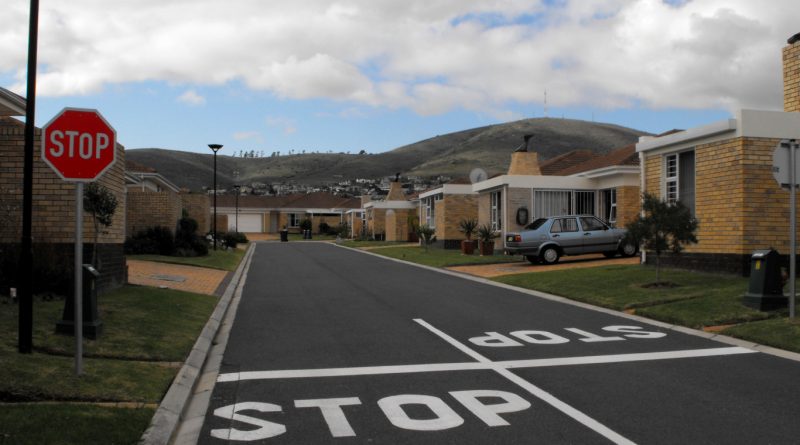 My view is that this judgment sets a very dangerous precedent. Just imagine. You may, with effect from today, drive blind drunk in an estate without any fear of prosecution, quite simply because the provisions of the National Road Traffic Act do not apply on “private roads”. I will be very surprised if Niemesh Singh does not approach the Constitutional Court.

Please read the judgment before reading the views I express below it.

My views on this judgment

I will keep this brief. This judgment has me very concerned because it effectively legalises vigilantism on the one hand, and exonerates the vast majority of persons who enter estates from accountability in terms of the law on the other.

The applicability of the National Road Traffic Act on “private roads”.

With all but a few exceptions, the provisions of the National Road Traffic Act apply in respect of public roads and do not apply on “private roads”.

In Mount Edgecombe estate, Rule 7.3.2 states: “Operating any vehicle in contravention of the National Road Traffic Act within [the estate] is prohibited”. That’s all well and good and would seem to defeat my assertion that you may drive drunk with ease. But that’s not the issue if you read this judgment properly.

The Court held at paragraph 20 that: “Any breach of the conduct rules is therefore a matter strictly between the owner concerned and the Association. No sanction is imposed on the third party. The third party’s adherence to the rules is thus a matter for the owner who invited him or her onto the estate. It is the owner who has to ensure that the third-party complies with the conduct rules or bear the consequence of any sanction imposed in consequence of such non-compliance. There is nothing in the rules which provides for any consequence for a third party who fails to comply therewith. The control of the speed limit within the estate therefore falls squarely within the provisions of the contract concluded between the Association and the owners of the properties within the estate. The rules are obviously enforceable only as between the contracting parties, and not against the public at large.” (emphasis added).

By my reading of this judgment, and in particular, paragraph 20 thereof, any person other than the homeowner concerned, in operating any vehicle in contravention of any provision of the National Road Traffic Act within the estate, may do so without any fear of being taken to task by anyone other than the homeowner. This is because the homeowner is bound by contract, and vicariously responsible for the behaviour of his or her “invitees” in terms of the contract between him or her and the Home Owners’ Association.

The first two sentences of paragraph 21 add further weight to this. They hold: “It follows that the Association is not endeavouring to impose the provisions of the Act upon third parties. Neither do the rules purport to exonerate the parties from, or exclude the operation of, the Act.” Clearly “the parties” are the homeowner and the Home Owners’ Association – not any other person.

In essence, this means that all persons other than the direct signatories to the contract between the homeowner and the Home Owners’ Association are exonerated from the provisions of the National Road Traffic Act. That, in my view, is exceptionally alarming.

What does the National Road Traffic Act regulate?

The National Road Traffic Act regulates a lot more than just speed limits and operating vehicles. A heck of a lot more. Together with its regulations, it comprises a little over 300 A4 pages.

For example, amongst other things it regulates:

Section 89 of the National Road Traffic Act defines all acts and omissions in terms of the Act as criminal offences which all contemplate a fine or a term of imprisonment. All estate Rules define them as contraventions of the Rules – and nothing more.

To make matters worse, estate Rules are typically only specific in terms of speed contraventions, and neatly lump “any traffic violation other than speeding” into one monetary penalty. Let me put this in perspective. Below appears the penalties payable in terms of these contraventions in the Midstream Home Owners’ Association “House Rules”:

You really don’t need to be a rocket scientist to figure out that some road traffic offences are considerably more serious and dangerous than others. Why then would it be that “any traffic violation other than speeding” is regarded as a misdemeanour in Midstream Estate, and most other estates, of which there are more than 8,000?

I’ll tell you why. It’s for the same reason that speed is the primary focus of legitimate law enforcement authorities in South Africa. Speeding is a technical offence that can easily be measured and can generate enormous revenues through fines. Who cares if the speed measuring equipment used is SANS 1795 type approved? Who cares if it is properly calibrated and operated? After all, the Technical Committee for Standards and Procedures (TCSP) Prosecution Guidelines only apply to law enforcement authorities – don’t they, and these are “private roads”, aren’t they?

You will also note in the example above that driving at more than 40km/h in Midstream Estate, which is an urban area, is subject to nothing more than a fine. So what if it’s 200% of the monthly levy amount?

In terms of section 35 of the National Road Traffic Act, exceeding the speed limit by more than 30km/h in an urban area, the offender’s driving licence must be suspended for a minimum of sixth months on first conviction. Furthermore, conviction for this “road crime” will earn you a criminal record. But estate roads are so-called “private roads”, so that doesn’t apply either.

“No person shall on a public road —
(a) drive a vehicle; or
(b) occupy the driver’s seat of a motor vehicle the engine of which is running,
while under the influence of intoxicating liquor or a drug having a narcotic effect.” (emphasis added).

But estate roads are so-called “private roads”, so that doesn’t apply either.

Oh and by the way, the Association of Residential Communities (“ARC”) says it has “a membership of over 300 estates across South Africa and is representative of 58% of the market“ (see paragraph 8 of the judgment). Using my calculator and being over generous in doing so, 399 estates would represent 4.98% of the total estates, not 58%, so I smell something – and it isn’t my socks.

How my constitutional rights are violated by this ruling.

I don’t live in an estate. I have never had any desire to live in one either but that doesn’t mean that I don’t have friends who live in them and sometimes, I may want to visit them.

Section 9(1) of the Constitution holds: “Everyone is equal before the law and has the right to equal protection and benefit of the law.“ (emphasis added). On public roads, my right not to come into contact with road criminals is respected and if I do, I can report them to proper law enforcement authorities to do something about them. On “private roads”, this is not the case.

Whilst I do not wish to scandalise the Court, it occurs to me that the SCA has got things spectacularly wrong in this judgment. I may not be a learned Judge or respected academic, but it is clear to me that, according to the SCA, on estate roads throughout South Africa, I have no right to protection and benefit of the law. Nor, I might add, does anyone else who uses “private roads”. This includes the homeowners themselves.

If the Constitutional Court upholds this judgment, not only will I be extremely surprised, but all of my friends who live in private estates can come visit me with pleasure, but under no circumstances will I go visit them.